Lol at people that are comparing 49ers defense to Saints defense and saying that the saints defense is still pitiful because of the yards allowed when they have clearly ignored theat the Saints have 24 sacks this season 9 Interceptions and 2 of those were returned for touchdowns/ The niners have had 23 sacks, and 5 interceptions which were not returned for TD's. Saints offense and defense will bring the pain....
_________________

Another Loss.. SMH.. Oh Well Sean Comes Back Next Year And All This Means Is A High Ass Draft Pick! Its Been A While Since They Had A Pick This High Lol... 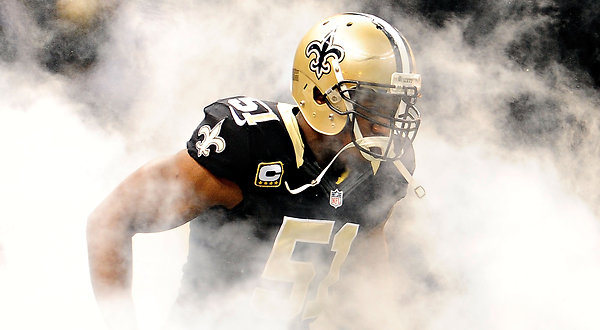 Paul Tagliabue, in a surprising rebuke of his successor as N.F.L. commissioner, Roger Goodell, vacated the suspensions of four players involved in a bounty scandal that has roiled the New Orleans Saints for more than nine months.

Tagliabue, appointed by Goodell to handle a second round of player appeals after Goodell was forced to modify his original discipline, walked a tightrope in his ruling Tuesday. He affirmed Goodell’s finding that a bounty program offering money for hits that knocked opponents from games did exist. He also said that Jonathan Vilma, Anthony Hargrove and Will Smith engaged in conduct that was detrimental to the league and that Vilma offered a $10,000 bounty on Brett Favre before the Saints played against the Minnesota Vikings in the 2010 N.F.C. Championship game.

But Tagliabue, who conducted a hearing that included interviews of players, coaches and other league personnel, shifted the blame for the program almost entirely to the Saints, citing “broad organizational misconduct.” He agreed with Goodell that senior Saints coaches “conceived, encouraged and directed” the bounty program and that coaches and managers “led a deliberate, unprecedented and effective effort to obstruct the N.F.L.’s investigation” into the program.

Tagliabue said that while fines might have been appropriate for the players, the N.F.L. had not previously fined or suspended players for the kind of activities the Saints players were found to have participated in. He found that coaches and other members of the Saints organization had “contaminated” the case, essentially saying that Goodell’s original suspensions, including a full season for Vilma, were too harsh.

Tagliabue exonerated the former Saints linebacker Scott Fujita, now with the Cleveland Browns, finding he had not engaged in conduct detrimental to the league because he did not participate in a program promoting “cart-off” and “knockout” hits. Fujita’s participation in a noninjury, pay-for-performance pool, Tagliabue said, was an action usually dealt with by a player’s team, not the league.

“I do not approve any of the misconduct in which Commissioner Goodell found the players to have engaged, though I do not find Fujita’s conduct equivalent to the other players,” Tagliabue wrote. “But each player made choices that do not reflect favorably on him. Moreover, there is evidence in the record that suggests that Commissioner Goodell could have disciplined a greater number of Saints players for the events that occurred here. This sad chapter in the otherwise praiseworthy history of the New Orleans Saints casts no executive, coach or player in a favorable light.”

Tagliabue’s ruling would seem to be especially bad news for Williams, who was to be the St. Louis Rams’ defensive coordinator this season. Suspended indefinitely, he has cooperated with the league’s investigation, but the Rams and other teams might find it difficult to bring Williams in after Tagliabue placed most of the blame for the bounties, and a wayward culture, on the Saints’ coaching staff.

The discipline Goodell exacted on the Saints, which Tagliabue was not asked to review, has brought their season tumbling down. With Payton and Vitt both suspended, they started 0-4 and are now 5-8.

Tagliabue’s decision made clear that he thought Goodell overreached when disciplining the players. In addition to Vilma’s season-long suspension, Hargrove, now a free-agent defensive end, was initially suspended for eight games; Smith, a defensive end with the Saints, for four; and Fujita for three.

He said that while Goodell had “correctly” set out to address events with the Saints in the broader context of current player safety concerns, he noted that when a “change in culture rests heavily on prohibitions, and discipline and sanctions that are seen as selective, ad hoc or inconsistent, then people in all industries are prone to react negatively — whether they be construction workers, police officers or football players.” He continued: “Rightly or wrongly, a sharp change in sanctions or discipline can often be seen as arbitrary and as an impediment rather than an instrument of change. That is what we see on the record here.”

Still, the N.F.L. chose to emphasize that Tagliabue had agreed with most of Goodell’s initial findings and that the appeals process set out in the collective bargaining agreement worked.

“The decisions have made clear that the Saints operated a bounty program in violation of league rules for three years, that the program endangered player safety, and that the commissioner has the authority under the C.B.A. to impose discipline for those actions as conduct detrimental to the league. Strong action was taken in this matter to protect player safety and ensure that bounties would be eliminated from football.”

The reaction to Tagliabue’s decision was swift. “Congratulations to our players for having the suspensions vacated,” quarterback Drew Brees wrote on Twitter. “Unfortunately, some things can never be taken back.”

The players union issued a statement calling the ruling a “fair outcome” and saying it was “happy for our members.” The players have been allowed to play while their appeals were pending. While Tagliabue expressed hope that his ruling would put the matter to rest and that players and the league could turn their attention to player safety, that is unlikely to happen.

Vilma filed a defamation lawsuit against Goodell in federal court and it is expected to proceed. While a statement from Vilma’s lawyer, Peter Ginsberg, said the player was “relieved and gratified” to not have to worry about suspensions, it stated strongly that Tagliabue’s findings “did nothing to rectify the harm done by the baseless allegations lodged against Jonathan.”

Tagliabue wrote that Vilma had offered a bounty on Favre, but that it was not clear if the offer was serious or meant to inspireTagliabue said he could not “uphold a multigame suspension where there is no evidence that a player’s speech before a game was actually a factor causing misconduct on the playing field and that such misconduct was severe enough in itself to warrant a player suspension or a very substantial fine.”