Well from rumors and news that's been going on, they say Comet ISON is on its way!!


Some people are claiming that the COMET will cause earthquakes and such but are just rumors not official news!!

Spoiler:
New Update Nov. 06,2013 - The Trappist telescope data is in. It shows that the comet continues to decay in water and dust production rate. The visual data has been
updated and it is flat.
Comet ISON is Turning into one of the Weirdest Comets Scientists Have Ever Seen. Breaking News: Comet ISON Enters the DANGER ZONE & is now in RED ALERT

Other news say, Comet Ison maybe finally be visible to the naked eye, so whenever you're staring at the sky be on the look out it!! 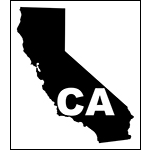 i didnt get nothing of that:suspect: