OVS is the only hood in Onterio that is eme. All the other small hoods are instructed to either disband or get into OVS. The earth angels are trying to start up again so they already hitted up east side onterio to get in. These small hoods are going to get locked up sooner or later and will have to follow orders from OVS La Eme. NSO is nothing and if their trying to kick up dust then naturally they will have to answer to the OVS La Eme who will of course tell them to disband. NSO disbanded a long time ago so these other bozos trying to claim NSO wont be around for long. OVS claims the entire city of Onterio. Their not just south side Onterio like back in the days. Thats why a lot of the homies claim Onterio Varrio Sunkist now like they did back in the days. OVS is controlled by the mexican mafia and has so many fools from that hood that are official made carnales. If the E.A.s are really trying to start up again it wont last long because they have to take orders from the OVS La Eme and they will make them disband. Belmont st is nothing but a small handful of homies from OVS just like parkside, etc. The only way to get into OVS is murder. There's no other way to get in. And all those fools that are from OVS has no choice but to work out. Back in the days the Eme instructed everyone that once you get locked up you have to work out but now its mandatory for these fools to be in top fit shape on the streets. The OVS La Eme don't want fat or out of shape members. Just like the U.S. military. They make all their soldiers get in top fit shape and educated and to be ready for anything. These small new hoods trying to form in Onterio won't last. You cant go heads up against the eme. You fuck with OVS you fuck with the eme. OVS La eme don't even want there homies to be fucking with dope. They even killed a homie from OVS awhile back because of that. The only way to be made a B.A. is from the eme. So you if you meet a B.A. then better give him the respect. Because that homie has several kills and considered an ovs elite to the california mexican mafia. The next step up for him is eme. This is real shit. This is why Ontario Police is trying to take these guys off the streets first chance they get. If you run with a gang sooner or later your going to get busted. Your going to have to take orders  if your locked up and if your in the I.E. your going to take orders from OVS. Real shit ese. 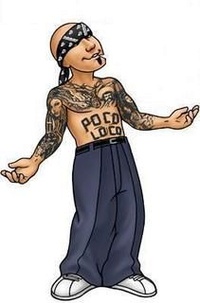 This shit was hands down written by a youngster who doesn't understand how things work yet.